When I was a young girl, I spent lots of my time in my grandma’s garden. Outside her front door, there was a big metal barrel, which was made like a huge pot. There were different kinds of short plants in it. There were plants in it that were blooming at specific times of the year, but there was just one yellow-orange flower that was blooming at the beginning of every single month. My grandma used the name katifes to describe it. We commonly know it as Calendula

I cut its flowers and its leaves, and I mixed it with mud pretending I cooked or made beverages and beauty products. I still have in my head the smooth sensations of its petals in the edge of my finger tops and the very strong green colour image of its leaves blinds my mind while I go back to that time. I also remember the pollen, so rich and thick, that I used to deepen my nails into it and fray it to use it as an ingredient for my culinary toys. But the most incredible thing of all was the subtle scent that was emitted from it with the morning breeze in the spring.

The Sun and the Moon

Lately, I was looking into a new alleviating salve that is made with Calendula, and I had to read a lot about it. I couldn’t believe that Calendula was that magical plant I used to play with when I was a child. Calendula Officinalis is a plant that has a very close connection with the sun. Alchemists referred to it as the Bride of the Sun to imply its connection with solar energy. Very often, this plant could be found near the temples of a god who represented the sun. Like Apollo’s or the god Ra’s. The flower of this plant tends to follow the sunlight during the day.

But, it is also connected to the moon and the monthly calendar from which it took its name. That is because Calendula makes flowers every month and, it is believed that, near the New Moon Calendula is when it really flourishes. The name Calendula is coming from the Latin Calends that indicates the plant’s characteristic to bloom at the beginning of every month, a fact that connected the herb with the menstrual cycle. It was believed that a beverage from the fresh flowers of the plant helped with menstruation problems.

Calendula was considered a magical herb of prosperity and wealth. That is why people used to have a pot with a calendula plant outside their doorstep, to welcome happiness and money and the brides wore a calendula crown on their head at their wedding to bless them with longevity and happy marriage. It was believed that people could communicate with spirits. Fairies would reveal themselves if someone burnt a Calendula incense. The young women could find the perfect much for them by using some Calendula flowers.

Calendula Arvensis, the common marigold, is a plant that grows in the fields and it is from the same family as Calendula Officinalis. One of its greek names is nekrolouloudo, which means the flower of the dead. People used to offer marigolds as present to a deceased relative to help them find their way towards the light. They planted this flower at the head of a tomb so the departed could rest in peace.

Witches identified the sun with the masculine, the gold, the good life, and the wealth. That is why they used this herb in love and prosperity spells. They believed that if they collected the flowers in the early morning of Saint John’s day, its power would be doubled. Calendula had, also, the power to make the truth come to the light. That is why they used it as an ingredient for truth spells or to shut their enemies’ mouths if, for example, they spread bad rumours against them.

Calendula can be used as a basic ingredient in balms, salves, hand, and facial creams. Since ancient times Calendula was a medicinal herb that’s been used as anti-inflammatory, antiseptic, and antifungal. It reduces muscle tension and is anticonvulsive. It is hemostatic, for external use, and wound healing. A Calendula infusion can be used as a menstruation stimulator, it helps the lymph nodes inflammations and mouth ulcers or as a gargle for throat infections and oral and virginal thrush. Leg ulcers, piles, eczema, eye, and skin infections are some of the external uses that a Calendula salve can have a positive effect on, because of its antimicrobial effects against bacteria, viruses, and fungi. A cream can be also effective on sunburns. 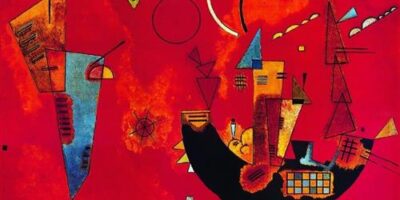